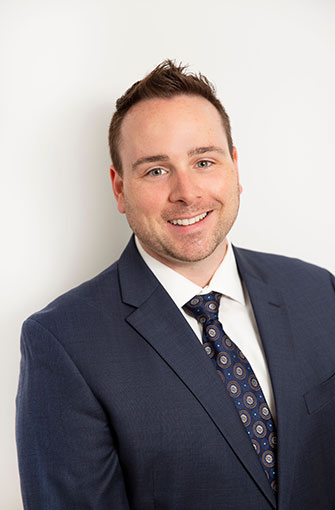 Darcy Whittaker was born in New Westminster and his family moved to Kelowna when he was two years old. After graduating from Rutland Senior Secondary, Darcy attended the University of British Columbia – Okanagan. Darcy was awarded the President’s Entrance Scholarship and Dean’s List standing throughout his studies. Darcy received a Bachelor of Arts in International Relations, an interdisciplinary degree with courses ranging from political science to economics and other areas. These studies required an understanding of conflict – ideological, historical and legal – which led Darcy to pursue a career as a lawyer.

Darcy may be a familiar face to some, since prior to and throughout his undergraduate degree he worked throughout the Okanagan region to afford his studies. He worked in construction, trucking, sales and more.  He is no stranger to long days, hard work, and customer service.

Darcy chose to attend Osgoode Hall Law School in Toronto, where he received the Centennial Entrance Scholarship for British Columbia. While at Osgoode Hall, Darcy took part in a clinical intensive assisting people with immigration matters, participated in an intercollegiate moot, and volunteered with Pro Bono Ontario. During his studies, he was also awarded the Ian Scott Public Interest Award.

After graduating from law school, Darcy articled with a community legal centre providing legal services to low income clients. This included social assistance disputes, residential tenancy matters, and employment law issues. He appeared before several boards and tribunals and worked hard to help people when they needed it most.

After completing his articles, Darcy began working for a Toronto-based litigation boutique at its branch office in Peterborough.  His work included appearances before the Ontario Superior Court of Justice and in mediation. Darcy was often able to negotiate early resolutions out of court, but understands that at times a trial is warranted and he is not afraid to take a case to court.

Though Darcy enjoyed his time in Ontario, he wanted to move home to Kelowna to be near his family. When not at work, you will often find him at the gym, up the ski hill, or enjoying a meal at a local restaurant. 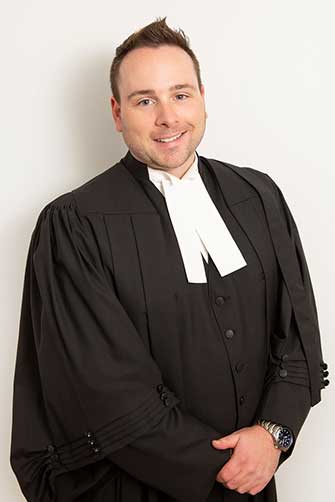