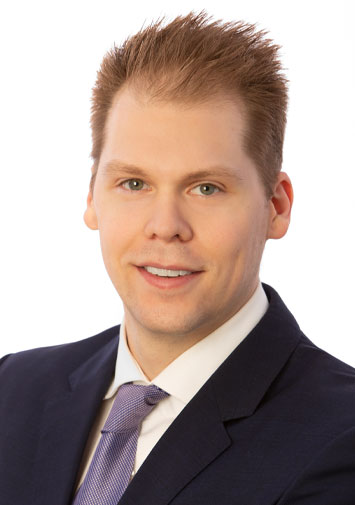 Ethan is a proud Indigenous person. A talented athlete from a very young age, he left home in his teens to play competitive hockey in both Canada and the USA. He obtained an NCAA scholarship for ice hockey and completed his four-year university degree in three years, all while maintaining a perfect 4.0 grade-point average. Ethan also earned consecutive Wisconsin Intercollegiate Athletic Conference All-Academic Team awards for his endeavors, while concurrently being selected as a Delegate to the Model United Nations on behalf of his University.

While attending law school at the University of Alberta, Ethan pursued one of his passions, goalie coaching, and worked full time with top-end goaltender prospects throughout Western Canada. Ethan has worked with Team Canada and Team Alberta to evaluate goaltenders, as well as multiple minor hockey organizations throughout Alberta. Ethan was previously the goaltender coach for the Whitecourt Wolverines in the Alberta Junior ‘A’ Hockey League (AJHL), and throughout his tenure, his goaltender earned the team’s Most Valuable Player award, and was nominated for AJHL Goaltender of the Year.

During law school, Ethan was honoured to be selected as a summer student after both first and second years of law school to work for a large law firm with over 200 lawyers.

When he’s not at work, Ethan can be found on the slopes of Silverstar and Big White. While he enjoys golf, there is not a sand trap or body of water unfamiliar to him throughout Alberta or British Columbia. Ethan enjoys staying active and looks forward to immersing himself within the community of Vernon and finding opportunities to support and help those in need.