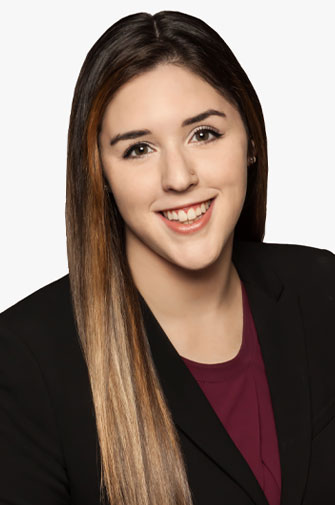 Jennifer was born and raised in St.John’s, Newfoundland and Labrador. She holds a Bachelor of Arts in English Language and Literature, as well as a Bachelor of Education, from Memorial University of Newfoundland. Prior to attending law school, Jennifer was a primary and elementary school teacher, Girl Guide leader, and high school basketball coach.

Jennifer attended Dalhousie University’s Schulich School of Law where she was awarded the Arthur F. Miller entrance scholarship as well as the Alistair Fraser award for excellence in contracts. Jennifer has a passion for advocacy and public service; during her time at the Schulich School of Law, Jennifer completed an internship with the John Howard Society, volunteered with the Dalhousie Student Advocacy Service, Dalhousie’s Access to Justice Clinic, and served as an ambassador for the school’s annual Weldon Welcome Days.

Jennifer completed her articles with the Public Prosecution Service of Newfoundland and Labrador. Following her call to the bar in Newfoundland and Labrador, she remained with the Prosecution Service as a Crown Attorney, conducting criminal and regulatory prosecutions. During her time as a Crown Attorney, Jennifer appeared in both Provincial and Supreme Court and conducted trials, sentencings and applications at the Provincial Court level.

Jennifer transferred her law license to British Columbia when she moved here with her husband, who is also a lawyer.  She has a love for research and writing, a passion for advocacy and litigation, and a determination to get the job done.

When not at work, Jennifer enjoys exploring her new province of British Columbia, and attending trivia nights.