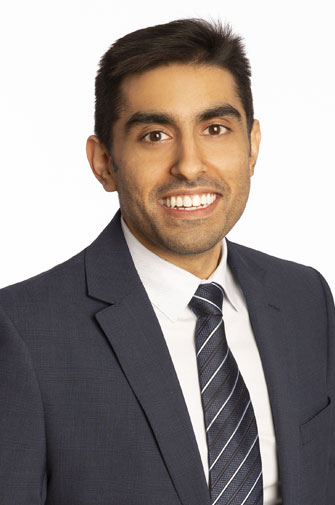 Mavy Mangat was born in Calgary, Alberta, where he grew up in a close-knit family. Mavy pursued his undergraduate studies at the University of Calgary, where he earned a Bachelor of Arts with Distinction in Sociology, with a concentration in Criminology. While studying at the University of Calgary, Mavy demonstrated strong academic prowess, being placed on the Dean’s List from 2010 – 2012, while also receiving the Jason Lang Scholarship for Academic Achievement.

Mavy traveled to the United States to pursue his legal education. He earned his Juris Doctor from Michigan State University, where he was a member of the Canadian Law Students Association. While in law school, Mavy again earned Dean’s List honors from 2015-2017, and he was chosen to receive the Jurisprudence Achievement Award in 2016 for academic excellence.

After graduating from law school, Mavy completed his Accreditation for law graduates coming into Canada from law schools in the United States, and soon afterwards began articling with a small firm in Calgary with a focus on Civil Litigation and Real Estate. During his articles, Mavy often appeared before both the Provincial Court of Alberta and the Court of Queen’s Bench of Alberta. 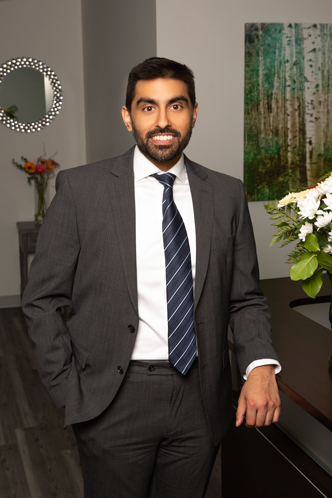 Mavy is also able to assist his clients in the Punjabi language.

Mavy values supporting local enterprise and giving back to the community. He helped manage his family’s business for several years while also studying at university. Volunteering and helping others in the larger community is equally important to Mavy. He has volunteered at the Genesis Centre YMCA in Calgary, where he instructed and led pre-school classes. He has also volunteered with the Cerebral Palsy Association in Alberta as a planning manager for donations made to individuals living with disability.

Outside of the office, Mavy enjoys keeping active and exercising regularly. Unfortunately, he is a life-long fan of the Calgary Flames. Aside from his questionable taste in hockey teams, Mavy is an avid reader, and can often be found reading about world history and influential people who have inspired change.