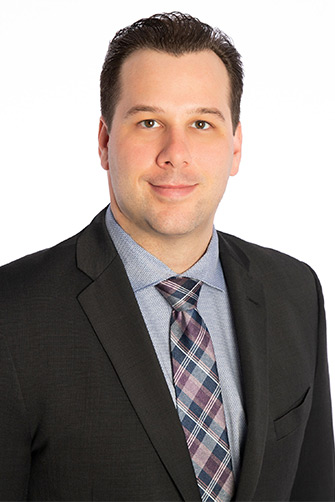 Mike Corcoran was born and raised in Kelowna with his three brothers. After graduating from Rutland Senior Secondary, he won the President’s Entrance Scholarship to the University of British Columbia – Okanagan. Mike earned his Bachelor of Arts degree in psychology, making the Dean’s List three years in a row and winning the Deputy Vice Chancellor Scholarship twice.

After graduating from university, Mike worked for three years to save up for law school. He believes in hard work and earning what you dream of, rather than having things handed to you.

Mike especially enjoys working with people. He is empathetic, friendly and easy to talk to. Before law school, he drew from his education in psychology to provide care to adults with developmental disabilities at Hildebrandt Homes in Kelowna. Mike assisted the residents with work programs and daily recreational activities. His sense of fulfillment came from knowing that the residents were living their lives to the fullest in their community. 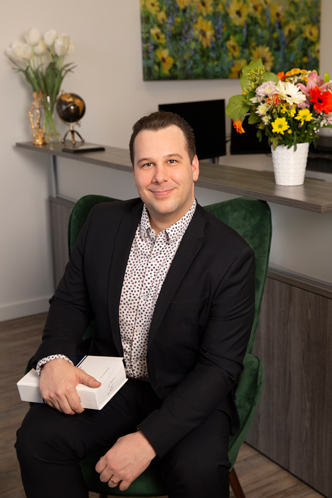 While at Law School in Victoria, Mike worked at the Ministry of Citizens’ Services where he investigated and helped remedy breaches of privacy. He also reviewed proposed government policy to make sure it complied with privacy legislation. He volunteered with UVIC’s Pro Bono (free) residential tenancies clinic. He also won the Professor Jim Ellis Memorial Prize in International Business and Trade Law.

After graduating from law school, Mike articled at a boutique family law firm on Vancouver Island. He became convinced of the importance of fairness when couples separate and the need to put the children first. He recognizes that the law is often only one aspect of any problem, but he wants to use the law most effectively to find solutions and restore balance in families after separation.

Mike and his wife recently moved back to the Okanagan to be closer to their families. Mike’s wife is from Kelowna too, and she works as a barber. They have two cats who are also family members! In his spare time in the winter, Mike enjoys playing chess and poker with friends and spending time with his close extended family. In the summer he and his wife camp and hike throughout the Okanagan with family and friends.